Should I Switch From A Medicare Supplement Plan To A Medicare Advantage If I Have ESRD?

Home/Kidney Disease/Insurance For End Stage Renal Disease/Should I Switch From A Medicare Supplement Plan To A Medicare Advantage If I Have ESRD?
Previous Next

Should I Switch From A Medicare Supplement Plan To A Medicare Advantage If I Have ESRD?

I often get asked a question, “I currently have a Medicare Supplement plan, will a Medicare Advantage plan be a good option for me seeing how I’m a dialysis patient?”

Prior to January 1, 2021, if you were someone on Medicare, with ESRD (end-stage renal disease), you were not allowed to get a Medicare Advantage plan. Your only option for Medicare Secondary Insurance, assuming you were “new to Medicare” or if you recently lost your employer group health coverage, was getting a Medicare Supplement plan (Medigap policy).

If you did not qualify for one of these two scenarios, you weren’t allowed to get a Medicare Supplement plan or a Medicare Advantage plan, you were basically out of luck. The Medicare insurance Gods basically said, “screw you….. how dare you get End-Stage Renal Disease”.

You were pretty much forced to figure out a way to cover 20% of your medical bills- indefinitely or hope and pray that your Healthcare providers would be sympathetic to your plight and be willingly write off 20% of their bills that you were unable to pay.

Light At The End of The Tunnel

As part of The 21st Century Cures Act (Cures Act) – signed by President Barack Obama in December 2016, it expanded who can enroll in Medicare Advantage plans, now allowing individuals with end-stage renal disease, to be able to enroll starting January 1, 2021.

Now, let’s discuss which individuals, with end-stage renal disease, would be best served with a Medicare advantage plan.

If you’re someone with a Medicare Supplement plan, particularly a Plan F, Plan G, Plan N, or a Plan A, switching to a Medicare Advantage plan, in many instances, would be a downgrade in coverage.

Switching to a Medicare advantage plan, particularly an HMO plan, you’re going to be putting yourself into a type of plan that will have significantly more “restrictions”, as well as obligating yourself to more out-of-pocket expenses.

The vast majority of Medicare Advantage HMO plans are going to require you to get “referrals” or a “prior authorization” from your primary care doctor BEFORE you’re able to go and see a specialist.

If you’re someone that values “freedom of choice” and being able to go directly to a specialist, without having to first get a referral from your primary care doctor, then this will be a major aggravation for you. In addition to this inconvenience,  it can sometimes take several weeks just to get an appointment to see your primary care doctor, let alone the time it will then take to set another appointment, to now be able to go and see a specialist.

Another major challenge that you will very often run into is the fact that if you’re someone with many doctors that you regularly see, it can be very challenging, if not difficult, to find a “good” Medicare Advantage plan that ALL of your doctors are “in-network” with, especially since doctors get to pick and choose which plans they want to contract with.

If you’re someone with only one or two doctors that you routinely see, this might not be a problem, but, if you’re someone that has three or more doctors that you regularly go to, the odds increase significantly that you will not be able to find a plan that all of your doctors will accept, so you end up having to get a new in-network doctor. Most people aren’t big fans of having to change their doctors, especially if they’ve been with them for a long time and they have a great relationship with them.

Another thing to keep in mind is that just because your doctor may be in-network with a plan this year, that DOES NOT mean that they will be in that plan for next year. Since plans can change their terms regularly, it’s not uncommon for a doctor to leave a plan if he is no longer happy with his contract with that carrier’s plan.

If you’re a dialysis patient with a Medicare Supplement Plan F or a Plan G, your out-of-pocket expenses for hospital and medical care, not including the monthly premium that you pay for the plan, is typically nonexistent…. or $203 for the year, to cover your Medicare Part B annual deductible.

You now have to ask yourself the question, is it really worth getting these “bells and whistles”, like dental, vision, hearing, or $144 added back into your Social Security check, that many of these Medicare Advantage plans promote, in exchange for now being obligated to cover that annual max out-of-pocket cost in $3,000-$7,000 range?

Another thing to be mindful of is, if you are fortunate enough to get a kidney transplant, the anti-rejection medications that you will be taking afterward are covered under Medicare Part B instead of Medicare Part D. Most Medicare Advantage plans are going to make you cover 20% of that cost until you’ve reached your annual max out-of-pocket.

If you are someone that does not have a Medicare Supplement plan and you do not foresee yourself having the opportunity to get one in the future, then getting a Medicare advantage plan will be your next best option, doing so will help remove the unlimited financial exposure that you have on the 20% portion of the healthcare cost that Original Medicare does not cover.

This site uses Akismet to reduce spam. Learn how your comment data is processed. 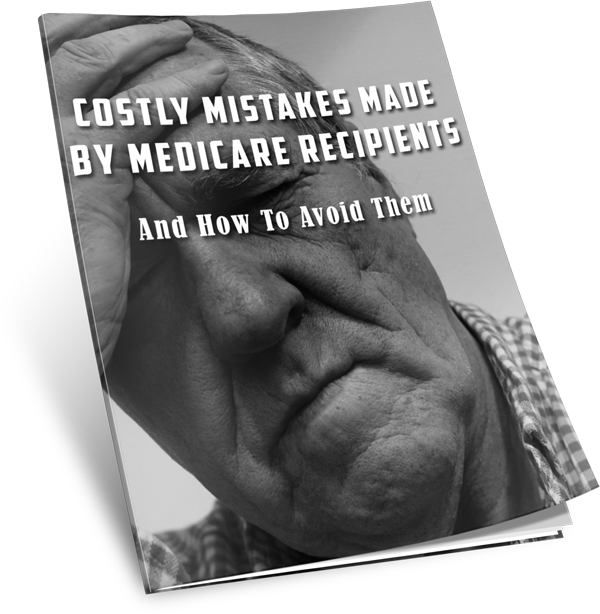